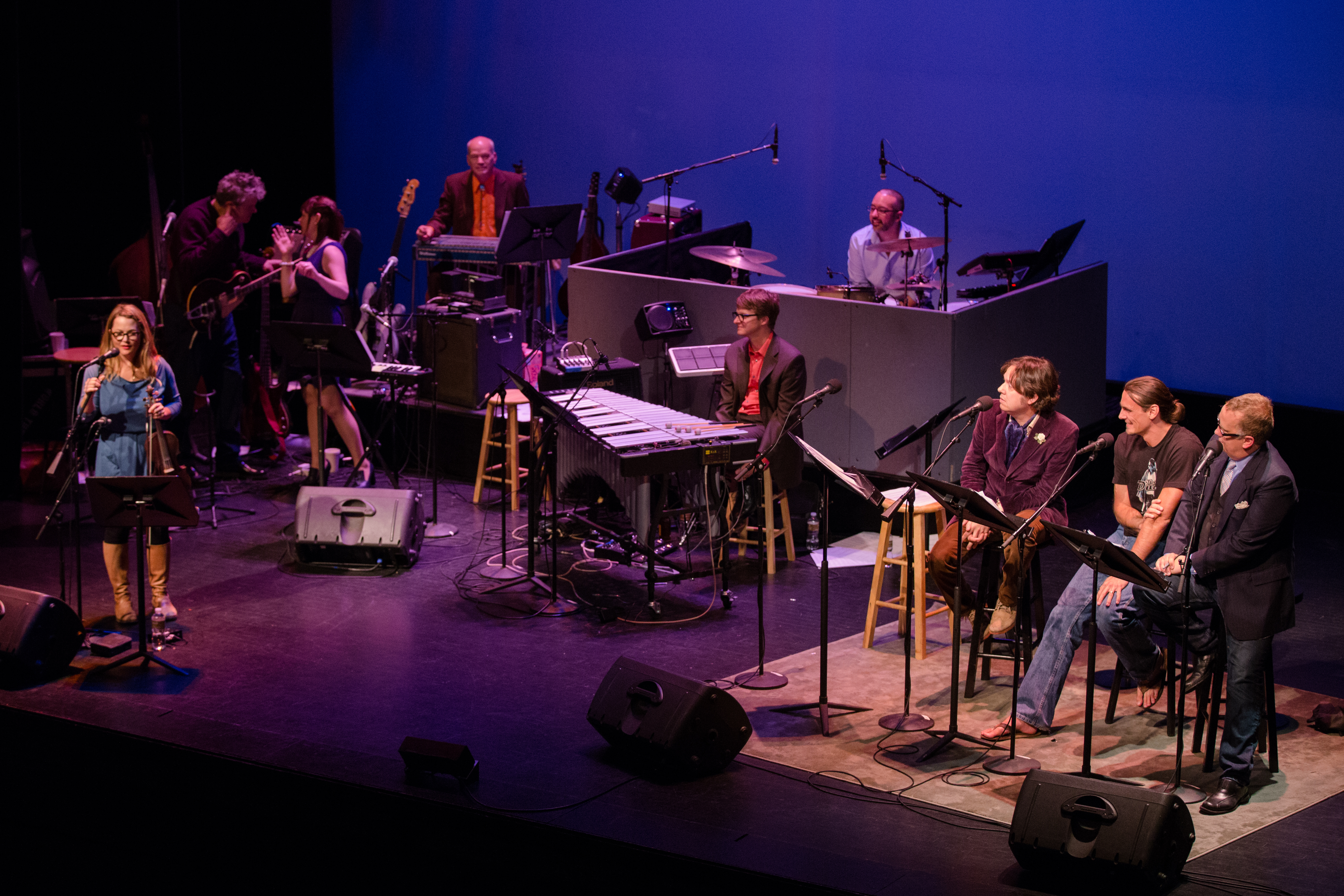 Chris Kluwe (@ChrisWarcraft) is a busy man. Not only is he a professional punter, he’s an author, an activist, and a dad. So, when he needs an extra pick-me-up to stay sharp, energized, and dulled all day long, he turns to Turbo Sports Vodka. Featuring John Munson (@Munsongs), Janey Winterbauer (@Winnerbowzer), and the Witnesses.

Singer/fiddler Sara Watkins (@SaraWatkins) learns about a terrifyingly relaxing spa treatment from Witnesses singer Janey Winterbauer (@Winnerbowzer) and Dr. Jimothy Valverde, played by @Wits host John Moe (@johnmoe). He is the purveyor of a new kind of stress cure, and together with Janey, they pitch all the soothing, horrific services Dr. Valverde’s All-Natural Insect Spa has to offer.

Chris Kluwe grew up in Southern California among a colony of wild chinchillas and didn't learn how to communicate outside of barking and howling until he was fourteen years old. He has played football in the NFL, once wrestled a bear for a pot of gold, and lies occasionally. He is also the eternal disappointment of his mother, who just can't understand why he hasn't cured cancer yet. But he does have a new book, “Beautifully Unique Sparkleponies: On Myths, Morons, Free Speech, Football and Assorted Absurdities.” Do you know why these bio things are in third person? I have no idea. Please tell me if you figure it out.

Dave Hill is a comedian, writer, musician, and actor originally from Cleveland now living in NYC.  Dave's book, a collection of essays called Tasteful Nudes...and Other Misguided Attempts at Personal Growth and Validation, received praise from Vanity Fair, LA Weekly, The Atlantic, Vice, Nylon and US Weekly, among others. Dave was named by Variety Magazine as "10 Comics to Watch," is also a frequent contributor to This American Life and the host of the wildly popular podcast The Dave Hill Incident. His band Valley Lodge will release their new LP Use Your Weapons this Fall.